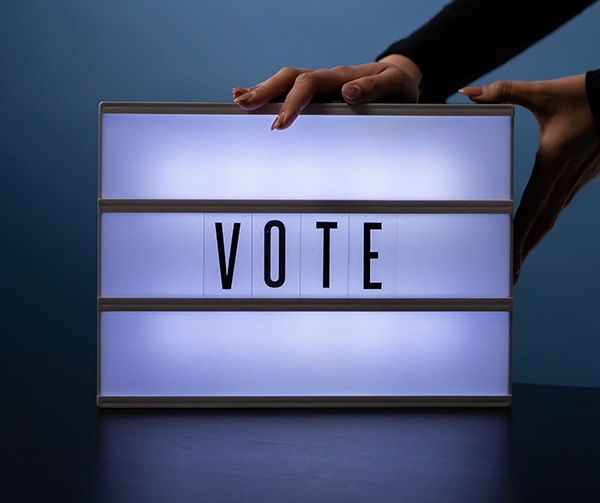 It happens every presidential election year. Various market pundits weigh in on how the stock market will react if either the incumbent or challenger wins. Their prophecies almost never change: If the Democratic candidate wins, their tax-and-spend policies will drive fearful investors from stocks to cash. If a Republican wins, their business-friendly attitude will rally the market to stratospheric levels – a bubble ready to pop.

What do these outdated, clichéd predictions have in common? They never come true.

Who wins rarely matters over the long-term

Not convinced? Here’s some historical context using the S&P 500 as a proxy. From 1928 to 2017, in the first full year of a newly elected presidential administration:*

At first glance it may look like, historically, the market responded more favorably when a Democrat was elected president. But this isn’t a fair conclusion.

Why? Because it ignores the economic situations that existed when some of these presidents began their first term.

For example, President Hoover assumed office while the long bull market of the “Roaring Twenties” was still going strong, until the Wall Street crash in October 1929 ushered in the Great Depression. And when Presidents Nixon and George W. Bush began their first terms they inherited weakening economies from outgoing Democratic presidential administrations that became full-blown recessions by the end of their first year in office.

It generally doesn’t matter all that much which party is in power, either. From 1948 to 2020, the S&P 500 returned, on average, 11.8% per year when Republicans controlled Congress and the presidency and 9.2% when Democrats were fully in charge.**

The apolitical truth about the market

This year is a perfect example. When the first shockwaves of the Coronavirus hit home, the S&P 500 dropped by 34% in March, ending a decade-long bull market. As of this writing, it has fully recovered and hit new highs on several occasions.

What’s driving this optimism? Expectations on Wall Street that, regardless of who wins the election, in 2021 the COVID-19 crisis will be over, the economic recovery will be in full swing and that corporate earnings will increase. To fend off an economic relapse, many investors believe that the Federal Reserve will keep interest rates low for the next two years and that Congress will keep on funding stimulus programs to encourage consumer and business spending.

What does this mean for investors?

What investors should learn from the market’s historical refusal to conform to election-year stereotyping is that fleeing to safety based on political or other emotion-driven beliefs almost never pays off over the long run.

Again, history supports this argument. Since the end of the Great Depression in 1942, there have only been only 20 years in which the S&P 500 has turned in negative results. And there have been only two times that the index posted negative results two or more years in a row (1973-1974 and 2000-2002).

If you’re still worried about a politically-inspired market downturn, it may be advisable to speak with your financial advisor before you make any ill-advised moves.

Disclosure: Certain sections of this article contain forward-looking statements based on our reasonable expectations, estimates, projections, and assumptions. Forward-looking statements are not guarantees of future performance and involve certain risks and uncertainties, which are difficult to predict. Past performance is not indicative of future results. Diversification does not assure a profit or protect against loss in declining markets. Investments are subject to risk, including the loss of principal. Because investment return and principal value fluctuate, shares may be worth more or less than their original value. Some investments are not suitable for all investors, and there is no guarantee that any investing goal will be met. Talk to your financial advisor before making any investing decisions. The S&P 500 is a market-capitalization-weighted index of the 500 largest U.S. publicly traded companies.

*Harry Truman, Lyndon Johnson and Gerald Ford assumed the presidency after their predecessors either died in office or resigned, rather than through a presidential election.