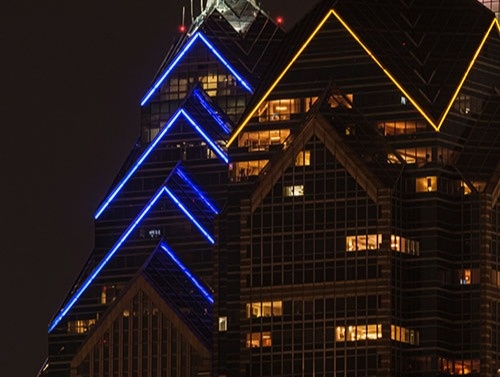 Will Interest Rates Continue to Rise?

This article was authored by Brad McMillan, CFA®, CAIA, MAI.

When you see the current headlines, you may be asking yourself: why is the market going down? The short answer is interest rates. Interest rates are going up, and when rates go up, stocks tend to go down. This leads us to ask additional questions—why are interest rates up? And will they continue to rise? In the short term, it seems they will indeed continue to increase. Here’s why.

A message from the Fed

On Friday, September 2, Federal Reserve (Fed) Chairman, Jerome Powell, spoke at the annual Jackson Hole central banking forum. His prepared remarks reinforced the Fed’s current view that restrictive monetary policy will need to be in place for some time in order to combat inflation before we start to see easing policy and lower rates. In other words, Powell was quite clear that the Fed intends to get inflation under control, and that it will keep hiking interest rates—even as the economy moves into a recession. This is new.

Before last Friday’s speech, markets were pricing rate hikes through March of next year, but then expecting rate cuts shortly thereafter. As a result of Powell’s comments, though, markets are now expecting those rate cuts to be delayed until at least the second half of 2023. So, rather than counting on limited rate increases and quick rate cuts, Powell confirmed that the increases will be larger, and the cuts more delayed than anyone expected.

The rate on the 10-year U.S. Treasury note rose from about 2.6 percent at the start of the month to over 3.1 percent. That’s a big jump, especially over a short period, and it has hit the stock market hard for several reasons.

Effects on the market

First, higher rates pressure valuations for equities, especially for stocks that have recently outperformed and have high valuations on a historical basis. Additionally, the tighter policy and higher rates are designed to slow economic activity to combat inflation, which could negatively impact earnings growth.  Lower valuations and lower earnings mean stocks drop, as we just saw. And this isn’t the first time—or even the first time this year—we have seen this reaction.

However, just as with earlier this year, that initial market reaction doesn’t necessarily hold over time. While we should expect more volatility, there is a real possibility the Fed will end up hiking less, and cutting sooner, than Powell’s speech seemed to suggest. With inflation showing signs of peaking, and with growth slowing, the economy is already responding to higher rates. This means there may be fewer hikes necessary in the future. When the data changes, so will expectations, and the market will react.

The real message behind Powell’s speech and the market reaction: expectations rule the market, and those expectations can change quickly with new data. Given current expectations, that new data is now more likely to be positive (rather than negative) for markets.

Notably, we’ve seen interest rates bouncing around between 2.5 to 3.5 percent over the past six months or so. This large range reflects the uncertainly around where inflation is going, what the Fed is likely to do, whether we’re in or headed for a recession, and so forth. Depending on the data releases, markets can push rates up or down, and then back again.

Most recently, the Fed has been hawkish, which drove rates up through June. Then, with growing economic weakness, markets drove rates back down through early August based on the expectation that a recession would force the Fed to cut rates. Now we are starting that cycle all over again with the hawkish Fed. So, rates are likely to rise through the end of the year, but that will slow the economy over time and raise expectations of rate cuts. Then we will be back to square one.

What does all this mean? In the short term, it probably means higher rates and more pressure on the stock market. In the medium term, however, rates will likely come down again. For the stock market, the fact that those higher rates are now expected should limit the damage going forward and increase the chance of a bounce when expectations change.

Now back to the original question: will the market keep going down? It’s possible the decline will continue for a while. But, overall, this is all a normal cycle of policy and reaction, not something worse.

This material has been provided for general informational purposes only and does not constitute either tax or legal advice. Although we go to great lengths to make sure our information is accurate and useful, we recommend you consult a tax preparer, professional tax advisor, or lawyer.