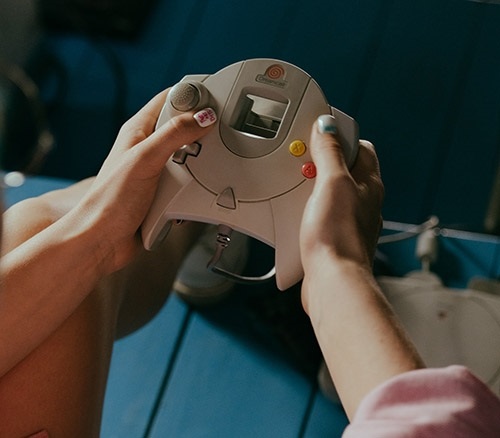 By now, you’ve probably read or watched one or more news stories about the spectacular rise in the price of shares of GameStop, fueled by the buying frenzy of a well-coordinated army of young day traders. I’ve received numerous calls from people asking me what’s going on, so here are some very simplified answers to the most common questions I get asked.

1. What is GameStop, anyway?

It’s interesting how many people talk about “the GameStop saga” without knowing what GameStop actually is.

For those of us whose children came of age before the video game era (or never got into them), GameStop is a chain of mostly mall-based stores that sells video game consoles and games. Its heyday was in the first decade or so of the 21st century, when PlayStations, Xboxes and Wii’s ruled the gaming world.

But the rise of smartphones and downloadable games and the transition from brick-and-mortar to online purchases have severely impacted GameStop’s business model. In the past few years, it has closed hundreds of stores, cut salaries and suffered a steady decline in in-store revenue. Since peaking at $55 a share in 2013, its stock sank to less than $3 a share in the first wave of the COVID-19 pandemic before ending the year at around $19 a share on optimism that new management would turn the company around.

2. So, what’s been happening with GameStop stock lately?

WallStreetBets is a popular trading forum on Reddit, a network of online communities. In mid-January, thousands of individual investors started following the advice of WallStreetBets’ key influencers to snap up shares of GameStop. (To be concise, they bought GameStop stock options, which are generally cheaper than stock shares.)

This buying frenzy—abetted by hedge funds that had to buy shares to get out of money-losing short positions (more on this later)—drove GameStop to a record-closing price of $347 per share on January 27. Since hitting this peak, the price has plummeted, closing below $100 in early February.

3. Who were the winners and losers?

It’s a story as old as the market itself. Influential investors and brokers flog “bargain-basement stocks with unlimited upside potential” online or on TV. In most cases, this practice is perfectly legal. People like CNBC’s Jim Cramer have made their fortune doing it.

And, like most “hot stock tips,” by the time most investors get them it’s usually too late. The “tippers” and their friends and families have already gotten in on the ground floor and gotten out before the price starts falling. By the time everyone else makes their move the stock is approaching its peak. Soon after that, the bubble bursts.

The GameStop phenomenon is no different. For every story of a WallStreetBettor who got in early and became a stock multimillionaire overnight, there are many more heartbreaking tales of late-arrivers who suffered huge losses.

But the mainstream media isn’t paying that much attention to small-time day traders who lost their life's savings. They’re covering the biggest losers in this game: hedge funds.

4. Just what are hedge funds, again?

Most hedge funds are privately owned investment companies. They’re not subject to the strict SEC regulations as mutual funds and ETFs. Because of this relative lack of oversight—and their generally higher level of risk--only qualified (read: very wealthy) individual investors, pension funds and nonprofit endowments invest in them.

Hedge funds use a variety of sophisticated trading strategies to maximize returns in both rising and falling markets.

To capture gains from losses, hedge funds use a strategy called short selling.

5. How does short selling work?

Without getting into the weeds of this very complicated, high-risk trading strategy, let’s just say that investors use short-selling to capitalize on falling stock prices.

Here’s a simple explanation of how it works. Investors borrow shares of stock they believe will decline in value over time. They then sell these shares to a designated buyer at market prices. On a predetermined date, the investor then repurchases the shares at their current market price.

Short-selling is a perfectly legal and acceptable trading strategy, and many consider it to be a beneficial tool for keeping markets in balance.

Many members of the Reddit WallStreetBets forum claimed that their GameStop stock-buying spree was a grassroots effort to shake up the hedge fund industry. Somehow, they knew that many hedge funds were shorting shares of GameStop, expecting its share price to fall.

But as WallStreetBettors and their followers began buying options, driving up the price of GameStop stock, many hedge funds began to worry about the huge losses they’d suffer if they maintained their short positions until the agreed-upon repurchase deadline.

So, many of these hedge funds decided to bail out early to limit their losses. To “lose their shorts” they had to buy back their shares, which, in combination with the WallStreetBettors buying spree, drove the price of GameStop even higher. This event, known as a “short squeeze,” resulted in millions of dollars in losses for these hedge funds.

Basking in their success, the WallStreetBettors have since begun to snap up stock of other distressed short-sell favorites like Bed Bath & Beyond, Nokia and Blackberry (remember them?).

7. Why is everyone making such a big deal about this?

The GameStop saga has all the elements of a great news story. Individual investors acting together to push a stock price way above its actual worth. First-wave buyers becoming "paper-one-percenters overnight," while latecomers lose everything. Millennials portraying themselves as Main Street Davids going all-in against gray-haired Wall Street Goliaths. Angry hedge fund managers and online brokers blaming GameStop traders for increasing market risk and instability. Politicians across the spectrum demanding greater regulatory scrutiny and oversight over market-manipulation.

It’s a story filled with populist posturing, triumphs and tragedies and (depending on your point of view), well-defined heroes and villains.

It’s fun to follow. But should you personally feel worried by it? No.

If you’re an investor, rather than a day trader, there’s little about this story that will affect you personally. That’s because you understand that investing isn’t about making quick profits.

You buy a stock not because of a hot stock tip, but because you believe that the company has strong business fundamentals, good management, and the potential to grow earnings over time. Or because you think that the stock is selling for less than it’s really worth, based on what you know about the company.

And you don’t bet all of your money on one stock, but instead build a diversified portfolio of stocks and bonds (or stock and bond funds) that reflect your specific short and long-term investment goals.

9. What if I don’t invest this way but want to?

Most online brokers offer tools to help you develop and implement a diversified investment strategy. But if you don’t feel confident doing this on your own, working with an experienced financial advisor can give you greater confidence in knowing that you’re planning for your future—rather than betting on an unlikely quick win.

This article was authored by Chris Gullotti and Jeffrey Briskin. Chris is a financial advisor and Partner located at Canby Financial Advisors, 161 Worcester Road, Framingham, MA 01701. He offers securities and advisory services as an Investment Adviser Representative of Commonwealth Financial Network®, Member FINRA/SIPC, a Registered Investment Adviser. He can be reached at 508.598.1082 or cgullotti@canbyfinancial.com. Jeffrey Briskin is Director of Marketing at Canby Financial Advisors.

This article has been provided for general informational purposes only and should not be interpreted as personalized financial advice. Past performance is not indicative of future results. Diversification does not assure a profit or protect against loss in declining markets.